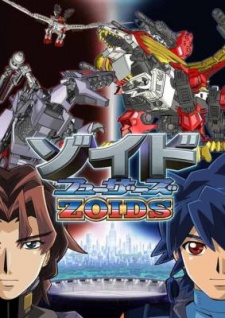 Plot Summary: R.D. is a delivery boy who works for a company called Mach Storm in order to earn money to search for the legendary Alpha Zoid. A Zoid that he heard rumours about from his dad that he passionately believes in. Mach Storm also doubles as a Zoid Battling team. In R.D.'s first Coliseum Zoid Battle, he encounters a team that can fuse Zoids. R.D. soon discovers that he has a Zoid that can computably fuse with his Zoid, Liger Zero. After this happens R.D.'s adventure to discover the truth about the Alpha Zoid begins..